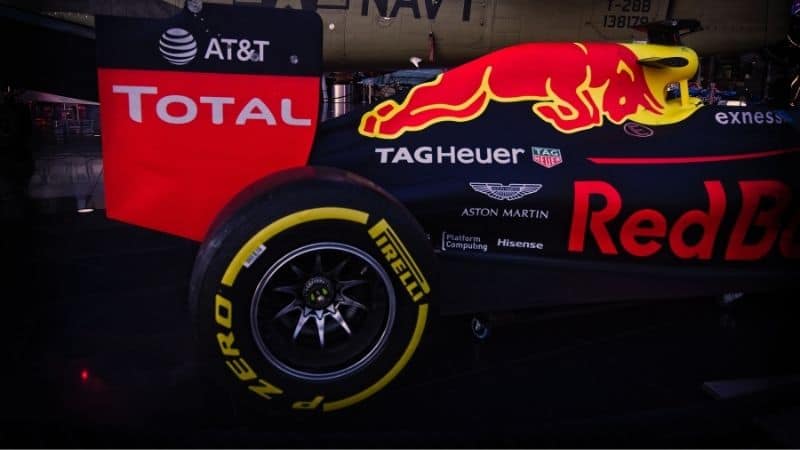 F1 is a sport of precision, where every single detail matters and could make or break a race.

Any tire used has to be scrutinized heavily and if you’re wondering about just how important they are in a race, read on.

How Long Do F1 Tires Last?

F1 tires have different levels of longevity depending on how rigid they are but the average one lasts about 60 km or 37 miles. This figure is an average in the absolute sense because F1 tires are so different that it would be almost impossible to compare them. To address this issue, we’ve broken down the different major F1 tire types for a more accurate look into how long they last.

Apart from this, we look at brands, their construction, cost and more so keep reading to learn everything you need to know about F1 tires!

What Tires Are Used In F1?

Every F1 Grand Prix event uses different tires depending on the unique conditions at the venue of the race.

In 2009, Bridgestone withdrew from F1 and Pirelli came in as the sole provider of tires for the motor sport.

These tires will also have a larger overall diameter of 660 to 720 mm (about 26 to 28 inches) but the tread width will remain the same. 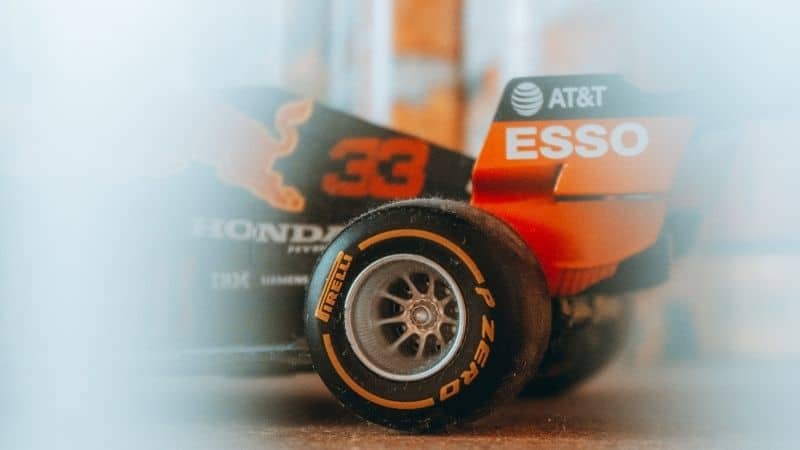 A study on the tires used in the 2021 F1 season determined that the Pirelli C5 compound tires lasted between 10 and 20 laps.

Soft tires provide stronger grip by wrapping better around the minuscule bumps in the track but this means that they wear faster (e.g. through tears on this smaller level).

During the 2019 Russian Grand Prix, the tires that used the medium compound were found to last between 30 and 35 laps.

Hard compound or C1 Pirelli tires used during the 2021 F1 season were found to last between 30 and 50 laps.

How Many Laps Do F1 Tires Last?

In an F1 race, the length and number of laps differs between circuits because the race only needs to cover a total distance of 305 km or about 190 miles except in the Monaco Grand Prix where it’s 260 km (about 162 miles).

That said, the experts that provided the numbers in the previous three sections have determined that, depending on hardness, the tires last anywhere between 10 and 50 laps.

Why Do F1 Tires Have No Tread?

F1 tires have no tread because this helps them attain a better grip of the surface; a smooth tire makes more contact with the track and is able to generate more traction.

This only works on dry surfaces and when the conditions are expected to be wet, the cars will have treaded tires.

If the conditions of the race change unexpectedly, the race will be called off until they’re more favorable because slick tires are unsafe on wet pavement.

Tires with no treads also wear at a more even rate than tires that do have them. 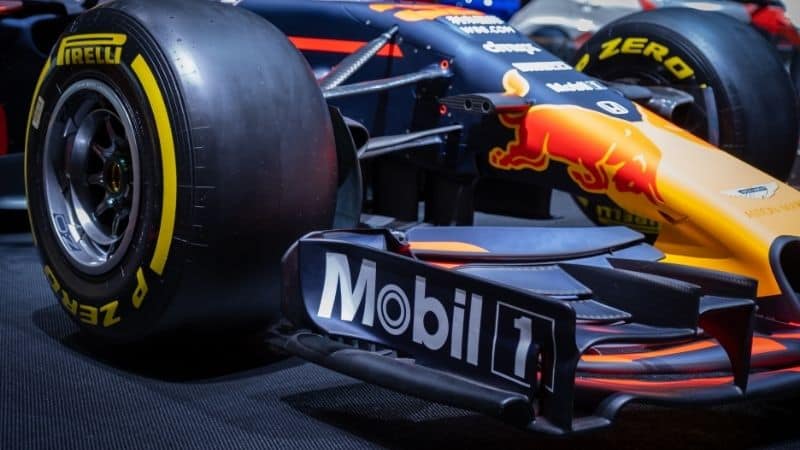 Interestingly, despite the intense conditions of F1 races, what ultimately influences the relative short lifespan of the tires is artificial degradation mandated by the Federation Internationale de l’Automobile (FIA), the organization in charge of the sport.

In their own words, the tires being less durable makes for a more entertaining experience for the fans in the form of blowouts, pit stops, etc.

They’ve recently announced that they’re switching to low degradation tires and acknowledged that the initial policy was wrong.

Again, this isn’t a clear-cut answer because the specifics of each race vary from one to the other, but they get swapped out when they get worn.

Based on the section about longevity by type, we can infer that F1 tires are changed at least once every 50 laps.

How Long Does It Take To Change Tires In F1?

At the pit stop, the team changes all four tires in one go regardless of level of wear in less than 2 seconds.

Red Bull holds the record for fastest tire change in F1 at 1.82 seconds.

How Much Do F1 Tires Cost?

Formula One grants each team a limited number of sets that changes constantly, but it’s usually 13 total sets comprising 8 sets of soft, 3 sets of medium, and 2 sets of hard tires.

This brings the total cost of tires used in an F1 Grand Prix to approximately $35,100 per team.

Do F1 Teams Pay For Tires?

F1’s official supplier – currently Pirelli – pays the organization to let them supply their tires which are then provided to the teams in line with the rules outlined above.

It used to be that the teams were the ones that had to buy their own tires but this changed and the tire supplier now has a contract deal with F1 that guarantees them exclusivity and exposure in exchange for tires.

F1 tires are only used once before being handed back to Pirelli for proper disposal wherein the company recycles them in an elaborate process described below.

What Happens To F1 Tires? 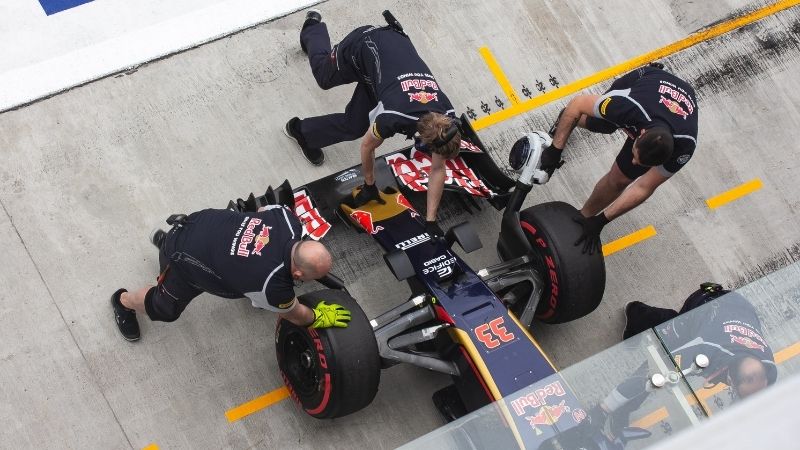 Pirelli launched a green technology program where they take back used F1 tires after the race weekend and bring them back to their engineering and logistics hub at Didcot in the UK.

Here, the tires are shredded down to pellets and burned at extremely high temperatures to produce energy for cement factories.

Having the temperature high enough ensures that no toxic smoke is produced and all that remains is a non-poisonous ash.

Why Does F1 Use Pirelli?

Pirelli was selected as the official sole supplier of F1 tires in 2011, replacing Bridgestone and beating out Michelin, Hankook, Cooper Avon and more.

Their contract has been continuously extended since then, and is expected to last until at least 2023.

If you are looking to learn more about tires, you can also see our posts on how long do Pirelli tires last, what is a tire lock-up in F1, which tires wear faster, and how long do Bridgestone tires last.

F1 tires wear at different rates that average out to about 60 km or 37 miles apiece: soft tires wear faster but provide better grip while hard tires are the opposite.

This high rate of wear is artificial as the F1 governing body mandates degradation that keeps the sport more exciting, with pit stops, blowouts and more.

F1 tires are only used once before being recycled by being burned to produce energy for cement manufacturing plants.

Pirelli has been the sole provider of F1 tires since 2011 and is expected to remain so until 2023, in a deal where they pay to supply the tires instead of the teams having to do so themselves.