Fuel and air must be burnt within a combustible engine at precisely the right moment for the engine to function effectively, whether your vehicle is a BMW E46 or any brand of vehicle.

But how will an engine function correctly if the fuel pump supposed to supply fuel does not work properly? Let’s find out more about it in this post!

Your E46 needs the most gasoline when you accelerate. So if your car doesn’t normally accelerate when you press the gas pedal, there’s a chance that insufficient fuel is entering the engine.

That said, sluggish acceleration is referred to as “under load.” The engine’s performance suffers when it lacks gasoline, which prevents it from producing the same amount of horsepower.

Fuel consumption is significantly higher when traveling at higher RPMs than idling or driving slowly on the road in your E46.

Low fuel pressure is a natural consequence of high RPMs since it forces the fuel pump to work harder to push or pull gasoline to the injectors.

So, when the fuel pressure drops, the injectors won’t get enough fuel to keep the air-fuel mixture constant. As a result, the mixture won’t properly ignite, leading to inconsistent burning and sputtering.

You can hear whining noises if the fuel pump has heated or worn out. Contamination is also a possible reason you’ll hear unusual sounds from your fuel tank.

The fuel pump is located in the gas tank. Therefore, a high-pitched whining sound can be heard neat the gas tank when the pump is about to shut off.

Therefore, a whining sound louder than the typical low hum implies that the pump is broken, so you shouldn’t rely on it to function correctly. Even if it does continue working, it is no longer reliable.

Once you crank the engine, it should start within a few seconds.

That said, longer cranking times frequently indicate that air has gotten into the fuel lines and petrol has leaked back into the tank.

Therefore, a check valve that keeps a gasoline pump primed or stops fuel from flowing back should be present. 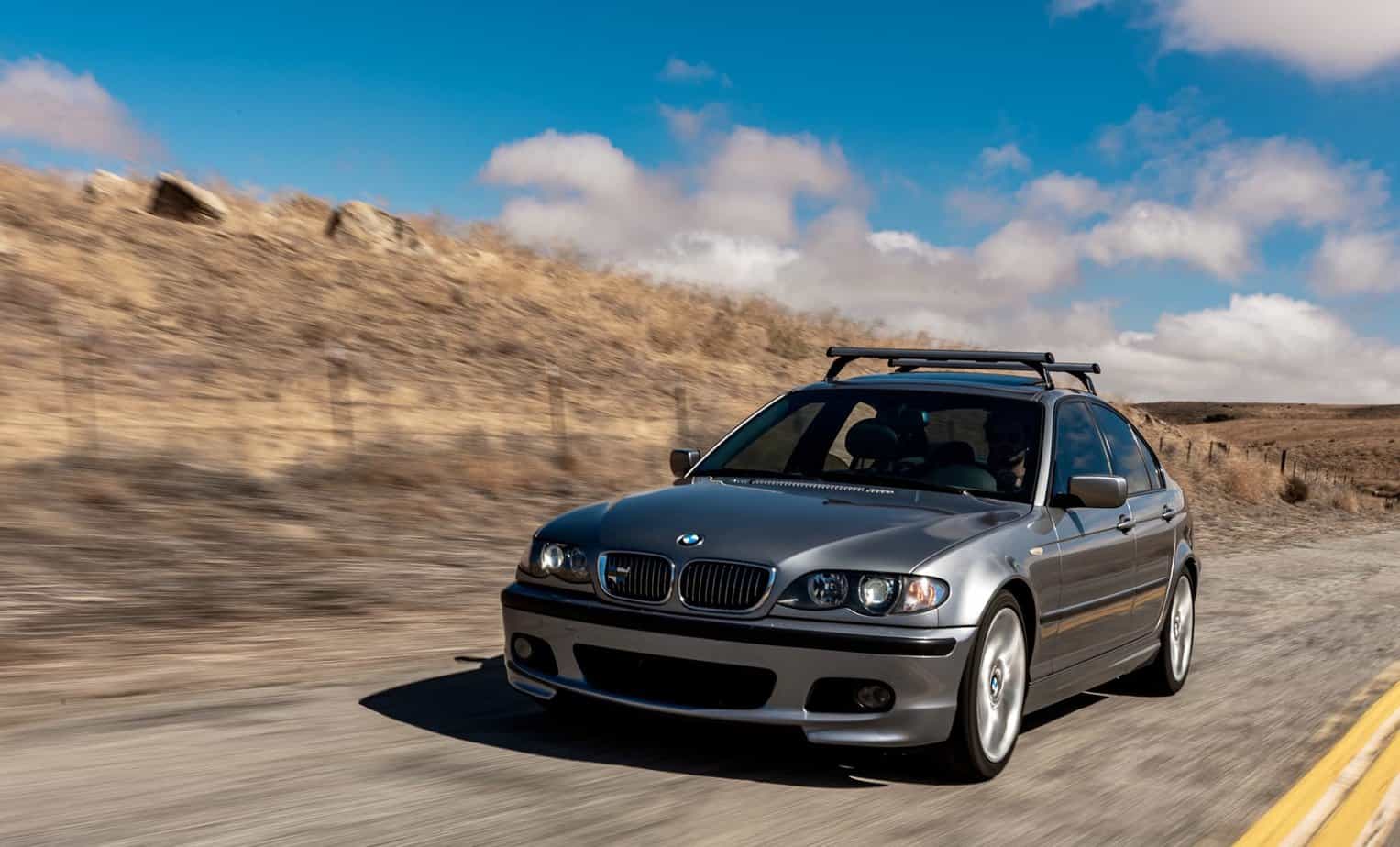 A BMW E46 may run flawlessly one second and stall the next. When the fuel pump is broken and prone to overheating, stalling occurs.

Therefore, it’s like turning a switch; after a while of driving, the engine will shut down, and you’ll coast to a stop and then start again.

However, the fuel pump may not start up again once it has cooled, so the best thing to do is immediately check your fuel pump to avoid further issues.

A weak fuel pump can bring surging on with brief periods of typical performance or a fuel pump that occasionally sends too much gasoline to the engine.

When surging occurs, it seems like the throttle was briefly blipped before returning to normal. As a result, you may notice increased RPMs when driving or while your E46 engine is idling.

7. Increased Use Of Gas

In some cars, a fuel pump may overfill the engine with fuel, just like with your BMW E46.

Of course, a malfunctioning fuel pump can force too much fuel through injectors and the combustion chamber in vehicles. Without a fuel return line, the extra fuel will be wasted, and you’ll recognize it in your fuel expenses.

If you notice black smoke from the exhaust, your engine is probably burning too richly. In other words, the mixture has adequate fuel but not enough air.

Therefore, you may find that the spark plugs are failing more frequently than usual due to the extra gasoline. It’s all likely a result of a fuel pump providing too much fuel.

Your engine will run lean if there is insufficient fuel supply, indicating that the air-fuel combination is deficient in fuel.

Further, engine temperatures may rise above average if that happens. Extreme situations might result in the engine overheating.

Malfunctioning fuel pump symptoms are things car owners don’t want to experience, whether it is a simple whining sound from that fuel tank or an overheated engine.

Knowing the common warning signs for a bad fuel pump of your BMW E46 will save you from being stranded somewhere because of your weak engine.