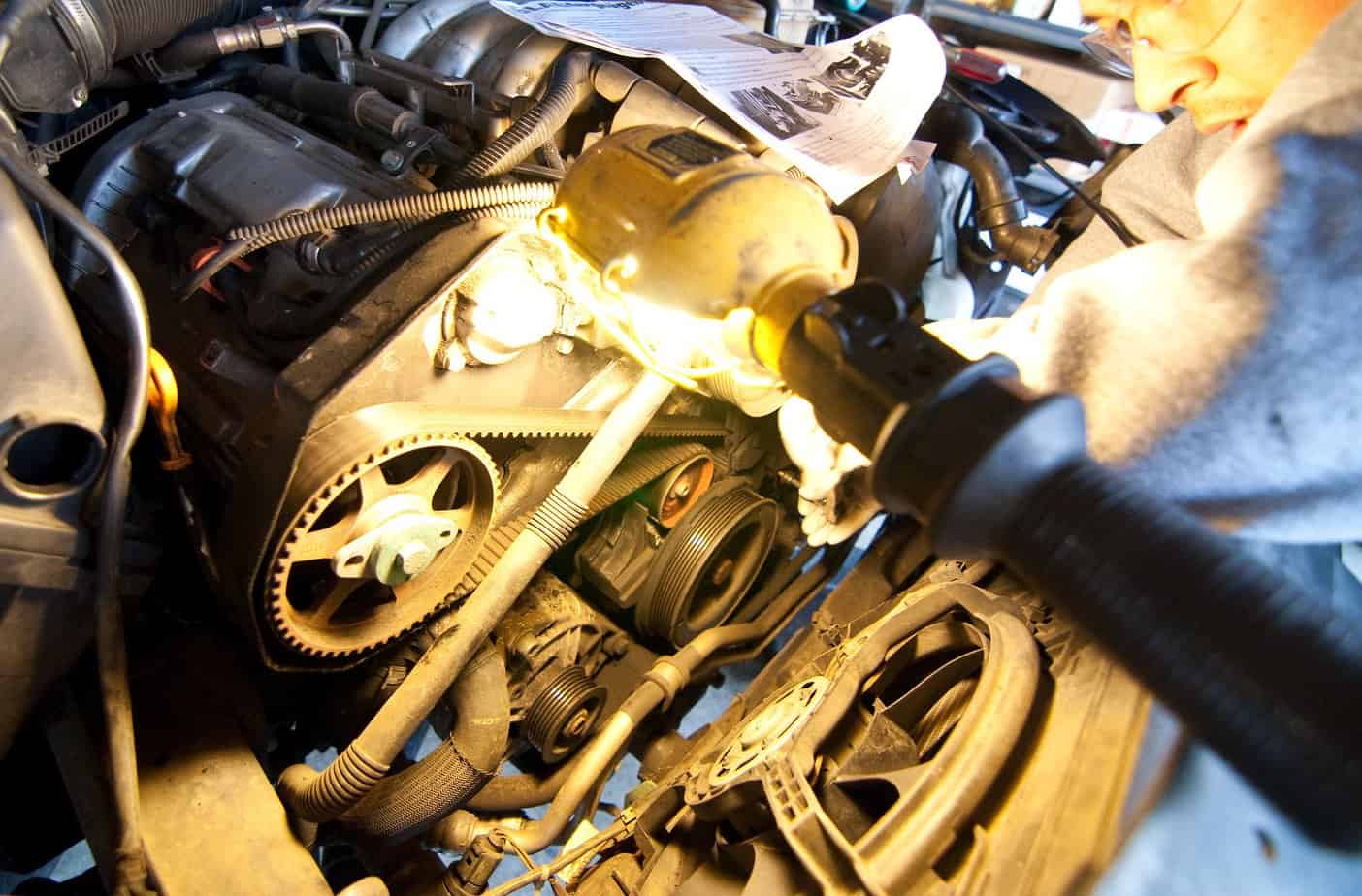 If you’re not car savvy, your instinct would probably be to jump to engine or battery troubles when your Honda won’t start or suddenly dies while you’re driving.

While these may be the culprit of car problems, the timing belt might also be causing these issues. Here’s what I found!

1. Ticking Sounds from the Engine Bay

Ticking noises from your Honda’s engine bay may indicate problems with the timing belt.

For starters, the crankshaft—spun by the timing belt—controls the pistons and connection rods inside the engine’s combustion chamber.

In contrast, the camshaft controls the rocker arm assembly and cylinder head valves, which is how fuel enters the combustion chamber and ultimately leaves through the exhaust manifolds.

As a result, as your car’s timing belt ages, it may begin to twitch inside the engine, which might hinder the two from rotating in unison.

Additionally, if your Honda produces excessive exhaust smoke, the timing belt can be to blame.

Thus, the holes open and close in response to the motion of the cylinders and the camshaft.

However, when the timing belt breaks, the synchronized operation of the cylinder holes stops, causing the release of exhaust gas to occur at the wrong times and producing plenty of smoke from the exhaust.

Aside from my points above, valve or piston damage is a symptom of a faulty timing belt.

For instance, if the timing belt is torn or broken, the crankshaft will soon begin to rotate independently and will not be moving in tandem with the camshaft.

Additionally, as the valves open, the piston will come into touch with them; this contact and ensuing friction could damage both.

Thus, the timing belt should be examined as soon as possible because these can seriously damage your engine.

One of the worst signs you can experience in case of a timing belt failure is a drop in oil pressure.

Generally, the timing belt turns the camshaft, which also controls the crankshaft, and the engine’s valves and pistons.

However, if the timing belt breaks, components of the camshaft it is meant to turn can break off and fall into the oil pan.

As a result, the oil pressure will decrease, potentially leading to engine failure. 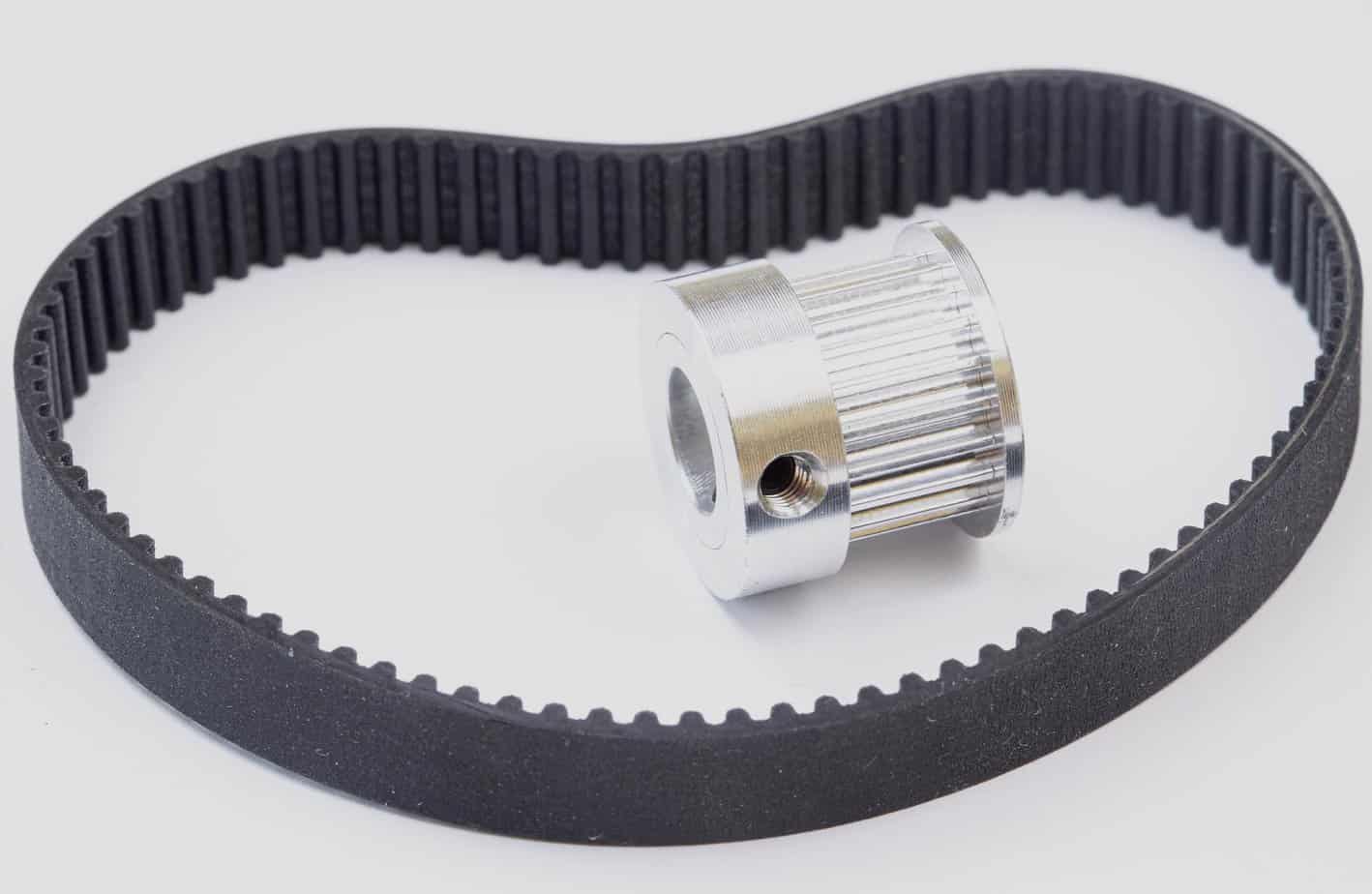 Furthermore, if the timing belt malfunctions, your Honda won’t even start.

If this is the case, the starter motor may make a clicking noise, but the engine won’t start.

However, the crankshaft and camshaft cannot turn due to a broken belt.

Chances are, you won’t even be aware that the timing belt has broken because it usually breaks when the car is moving.

As such, it’s crucial in this case to replace the timing belt.

Generally, to ensure that an engine operates smoothly and effectively, separate operations are synchronized using the timing belt.

In this case, the engine will stall if a timing belt is beginning to wear down or has been damaged because it may skip a tooth or several.

Read More:  Why Does My Car Sound Like A Helicopter? (7 Reasons Why)

Furthermore, this condition may result in internal engine damage.

Therefore, it’s crucial to watch for warning indications of a deteriorating timing belt and make sure you replace yours according to Honda’s instructions.

Aside from my points above, a faulty timing belt may be the cause of an engine that is misfiring.

The rubber ridges on the timing belt are often designed to fit flush with the camshaft’s teeth.

The timing belt, however, might become loosened if the ridges on it wear down over time.

Additionally, if the timing belt comes loose from the camshaft, the crankshaft, piston, and valves cannot turn, resulting in an engine misfire.

Therefore, a faulty timing belt may be the cause of an engine misfire.

Additionally, a faulty timing belt may be the cause of your engine’s rough idle.

Generally, if the timing belt is utilized for an extended period without being updated, its teeth may deteriorate or even fall off.

As a result, the gears that the teeth of the timing belt are meant to control may be affected.

Additionally, a rough idle could happen as a result of the loose teeth contacting the gears, which could lead to improper camshaft timing and an engine stall.

In addition, a bad timing belt may potentially show up as a failed ignition system.

Typically, the timing belt and camshaft work together to regulate valve opening and shutting.

As a result, it is just like other parts of your engine prone to wear or damage over time and after extensive use.

In the worst-case scenario, a broken timing belt can seriously harm the ignition system of your car, requiring the entire thing to be replaced.

A faulty timing belt can cause a few symptoms, many of which are visible problems like smoke flowing from the exhaust or loud engine noises.

Furthermore, the engine misfiring or failing to start are two more severe symptoms of a damaged timing belt.

The timing belt should be replaced as soon as possible, thus it would be preferable to have this examined at a Honda service center near you.