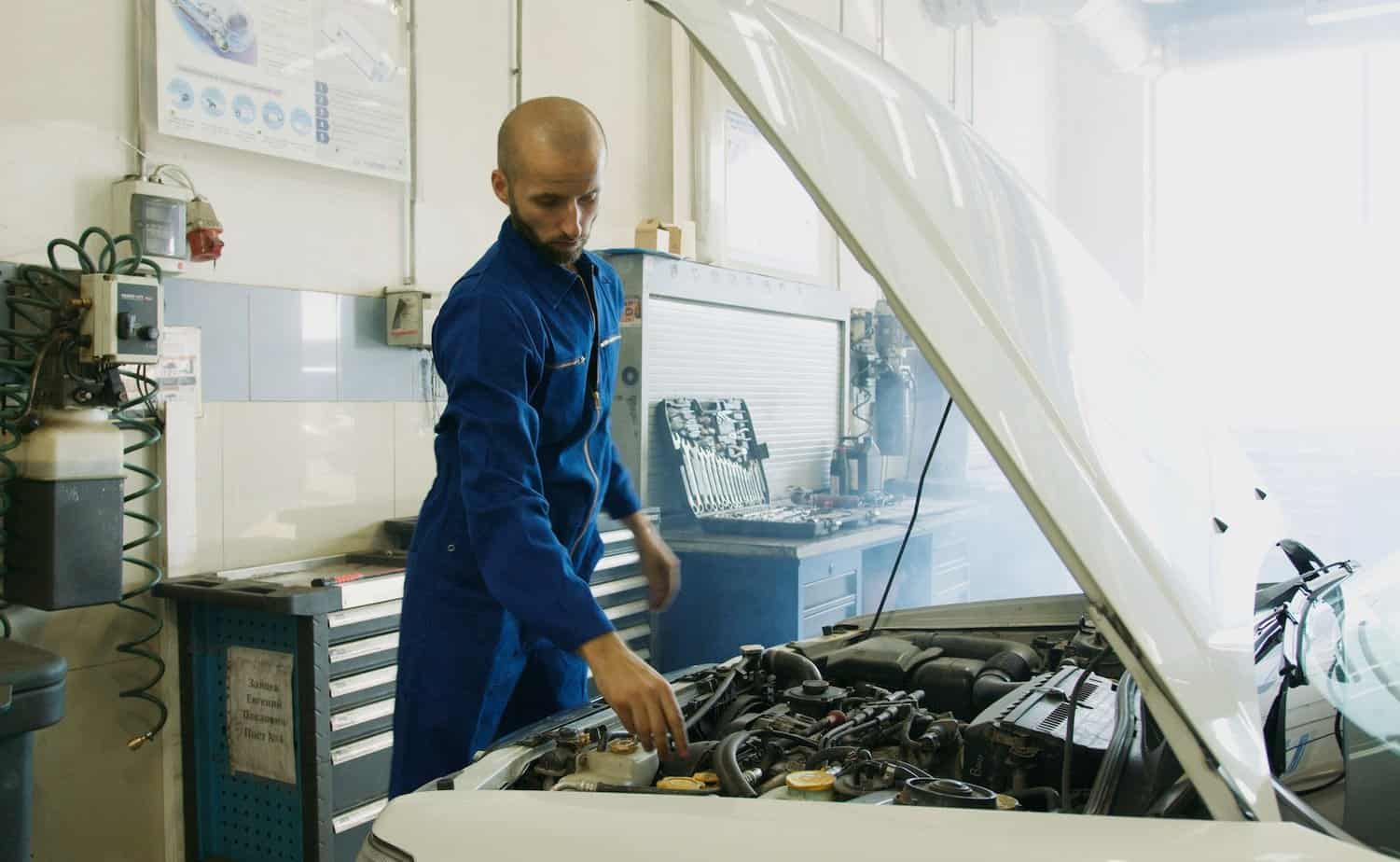 When experiencing car trouble such as strange noises and bumps, people tend to point fingers at the engine.

While this may be true in some cases, it’s also possible that the motor mount isn’t sufficiently holding the engine in place. Here’s what I found!

Keep reading if you want to learn more about how a bad motor mount can affect your car!

You may find misaligned components on your engine if you have a bad motor mount.

Also known as an engine mount, the motor mount is the structure that houses the engine in your car.

Generally, the motor mount ensures that the engine and its parts stay in place with minimal movement.

As such, if you find that some parts have been knocked out of place or the engine is sitting unevenly, it may be because the motor mount isn’t holding the engine securely in place.

In addition to misalignment, hose and belt damage may indicate a poor motor mount.

Typically, the motor mount stabilizes the engine, ensuring that its working parts are shielded from shocks.

However, the moving belts and radiator hose may come free or even be broken by excessive engine movement if the engine isn’t held by the motor mount.

Read More:  Why Check Transmission Fluid When Engine Is Running? (5 Reasons Why)

As such, you might want to have the motor mount examined, particularly if you find that the damage isn’t from regular wear.

Most seriously of all, a bad engine mount may result in damage to the engine itself.

In this case, any support for a side would be lost if a motor mount is detached from an engine, causing the engine to shift and bounce.

As such, operating your car under these conditions could cause your engine to shake and bounce so violently that parts fly off, posing a serious safety danger to you and other drivers.

If you notice an excessive amount of vibration, that is one of the first indications that you have a bad motor mount.

In this scenario, you’ll likely feel this although your car may occasionally create noises that seem to indicate that anything is vibrating.

As a result, the motor mount’s ability to attenuate vibrations could be compromised, causing the engine’s vibration and noise to be transmitted through the chassis and into the cabin.

5. Banging Noises In The Engine Bay 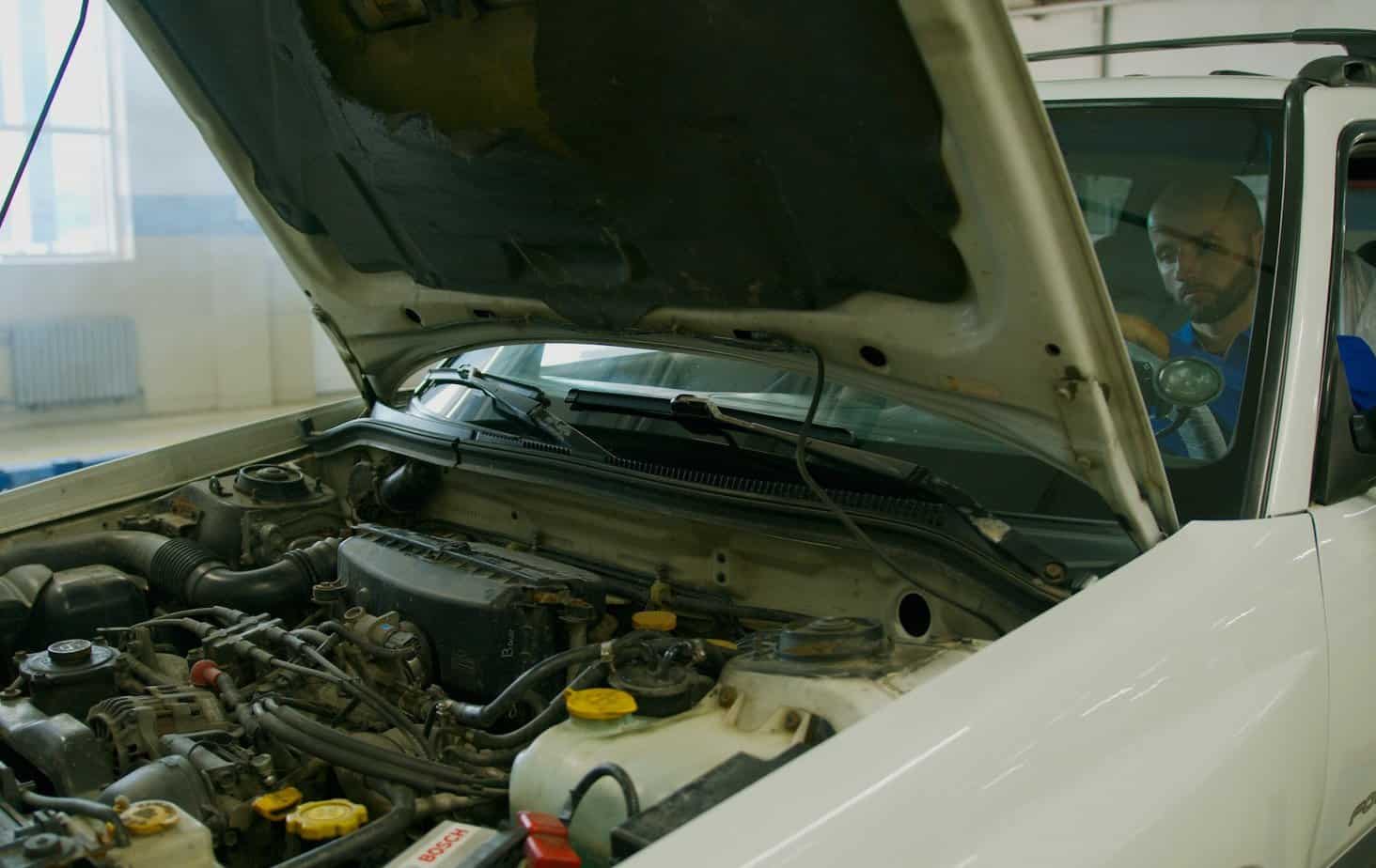 If this happens, a worn motor mount frequently causes “clunks” and “bangs” in the area around it or inside the engine bay.

Moreover, this sound is caused by the engine moving more than usual and banging into and coming in contact with other parts, which might result in fairly audible impact sounds.

Read More:  Why SUVs Are Better Than Cars? (9 Reasons Why)

Thus, you should bring your car in as soon as possible to prevent further damage to the engine.

In addition, if you find that your engine shifts about while you’re driving, this may be a sign of a bad motor mount.

As mentioned earlier, the motor mount’s job is to secure the engine in place, so if the mount isn’t doing its job, then you’re going to find your engine moving around.

Additionally, you may find that the engine will move around more when you accelerate, as the motor mount won’t be able to keep the engine from sliding around.

If your car moves unsteadily or uncontrollably when you start it and it doesn’t feel or sound normal, that is another sign of a malfunctioning or worn-out mount.

However, when the motor mount can’t keep the engine in place, this can affect your car’s ignition.

Furthermore, the initial unsteady or uncontrolled movement most frequently settles into a strong vibration that continuously runs throughout the vehicle.

Thus, when the engine is turned off, this unstable movement could still be there.

Aside from my points above, the motor mount can also cause your car to drive poorly.

In this case, a damaged mount also contributes to heavy jerks and jolts as you shift gears because the transmission system is also connected to the engine body.

Moreover, you may only experience this jerk when changing gears or at greater speeds.

Read More:  Why Is My Airbag Light Flashing? (9 Reasons Why)

As such, your engine mounts probably need to be replaced if you find that your ride isn’t as smooth as it once was or is bumpier than it was.

If you experience a rough idle, this may also be a symptom of a bad motor mount.

Generally, your engine is kept connected to the vehicle via motor mounts.

At idle, a vibration is produced by weak or damaged mounts that are unable to keep the engine securely in the engine compartment.

As such, if the shaking stops when the car is in neutral, the vibrations may be coming from the motor mounts.

To know more, you can also read our posts on why your brakes are locking up, why older cars burn oil, and why your oil light comes on and off.

There may be several things to check if you believe that there’s something wrong with the motor mount on your car, including knocking sounds, as well as noticeable dents and damage to the engine and its parts.

Additionally, if your engine isn’t performing optimally, it may be because the motor mount isn’t securing the engine appropriately.

As such, you should look into having the mount replaced to prevent further damage to the engine.