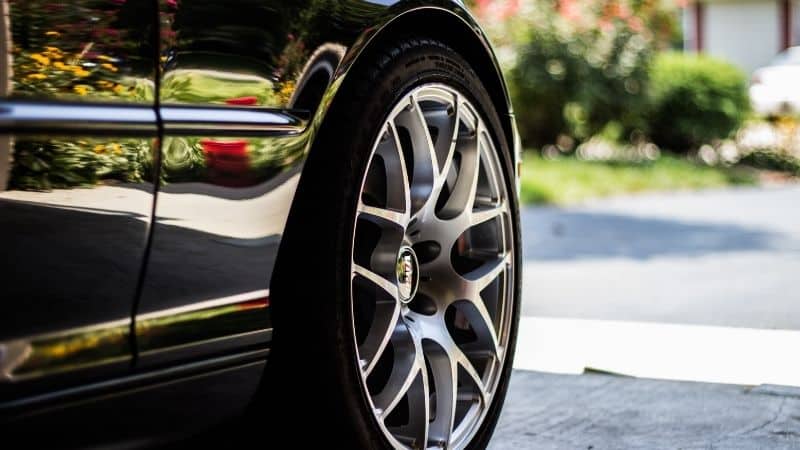 Contrary to what most people think, the biggest tire manufacturers are mostly owned by companies based outside of the U.S.

We have compiled a list of the biggest American owned tire brands where we look deeper into the companies, including where they manufacture their tires, their history, major acquisitions and more.

In 1833, Charles Goodyear had an idea that rubber could be used for more than just items of clothing like shoes and coats.

He wanted to find ways to make it more durable so it didn’t melt in the summer and wasn’t as sticky, and he achieved the latter by mixing it with sulfur and exposing it to the sun.

In 1839, he dropped a piece of rubber he had coated in sulfur onto a stove and it hardened, which gave him the inspiration for vulcanization.

Named in is honor, the Goodyear Tire and Rubber Company was founded in 1898 by Frank Seiberling in Akron, Ohio, where its corporate headquarters still are today.

After raising the stock capital, the company started manufacturing subber sundries, carriage tires and bicycle tires on November 21, and their first sale would be rubber tubes for medicinal bottles that netted $25.80 on December 1.

They would eventually introduce other products to their lineup, including automobile tires and innovations like the first tubeless tire, the first detachable rim and more.

Goodyear’s wingfoot logo was first pitched in a 1900 meeting and it was first used in an ad for the company the following year.

Read More:  How Hot Do Tires Get On The Road? (Your Complete Guide)

In 1917, sales surpassed $100 million, and this was the year they launched the first Goodyear blimp.

Today, there are 25 Goodyear blimps across the world, only 3 of which are in the U.S.: one in Carson, CA, Wingfoot Lake, OH and Pompano Beach, FL.

In the Americas, Goodyear has 16 facilities in the U.S., 3 in Brazil and Canada each, and 1 apiece in Chile, Colombia, Mexico and Lima.

They have their Europe, Middle East and Asia (EMEA) headquarters in Belgium, with facilities in Finland, France, Germany, Luxembourg, Netherlands, Poland, Slovenia, South Africa and Turkey.

In the Asia-Pacific region, they have their regional headquarters in China, as well as facilities in China, India, Japan, Indonesia, Malaysia, Singapore and Thailand.

In 1920, they bought the Giant Tire and Rubber Company of Akron before relocating the business from Akron to Findlay, Ohio.

Cooper was involved in World War II by devoting its hard goods department to wartime production before going on to become a public company via IPO in 1960, a Fortune 500 company in 1983 and reaching $1 billion in sales in 1991.

Cooper’s most significant growth period was sparked by the acquisition of the Standard Products Company, but they sold their Cooper Standard Automotive business later in 2004 for $1.165 billion.

Read More:  Broken Belt In Tire (Causes, What To Do, Is It Safe + More)

Apart from 4 manufacturing plants in the U.S., Cooper also has production stations in Mexico, Vietnam, Serbia, England and China.

They also have 3 technical and test centers in the U.S., one in England and one in China.

Carlisle Tire and Rubber Company was founded in 1917 by Charles S. Moomy in Carlisle, Pennsylvania.

During World War II, the company’s biggest rival, Pharis Tire and Rubber Company, had a lot of orders to fill up so they bought Carlisle in 1943.

When Pharis was liquidated in 1949, Carlisle re-emerged as Carlisle Corporation.

Today, the company is formally known as Carlisle Companies Incorporated and is headquartered in Scottsdale, Arizona.

Their products include tires and wheels for vehicles used in:

Most Carlisle brand tires are produced by the Carlstar Group at their manufacturing plants in Clinton and Jackson, Tennessee, except for the Trail line that is made in China.

Hoosier Racing Tire was founded in 1957 and manufactures tires meant for motor competitions such as rallying, drag racing, stock car racing and more.

Its headquarters are at Lakeville, Indiana, and its manufacturing plant is located just north of this, at Plymouth, Indiana.

In October 2016, Continental acquired Hoosier for an estimated $140 million.

Titan has a long history dating back to the 1890s, but the company in its current form was founded in 1990 under the leadership of Maurice Taylor, Jr. and went public in 1993.

It has managed to grow through acquisitions from manufacturers such as Goodyear and Pirelli over the years where they purchase the assets they need from a company that was struggling.

Some of their OEM clients include Caterpillar, AGCO, New Holland and John Deere.

Titan has manufacturing plants in Illinois, Iowa and Ohio, and has its corporate headquarters in Des Moines, Iowa.

Vogue was established in 1914 and manufactures tires and wheels for higher end consumers such as celebrities.

During the Great Depression, Vogue tires became a status symbol for the wealthy few who could still afford them and they stood out because of their signature whitewall design.

Duesenberg, a luxury car manufacturer from this period, became one of the company’s major customers.

In 1935, Goodyear and Vogue entered an agreement where the former would take over production of the latter’s tires and this agreement would last over 75 years.

Vogue was acquired by Dodson Limited in December 1942 after tire production slowed down due to World War II.

Vogue ended its partnership with Goodyear and took over production, now its tires are manufactured at its own factories in China and Vietnam.

Its corporate headquarters are located in Mount Prospect, Illinois.