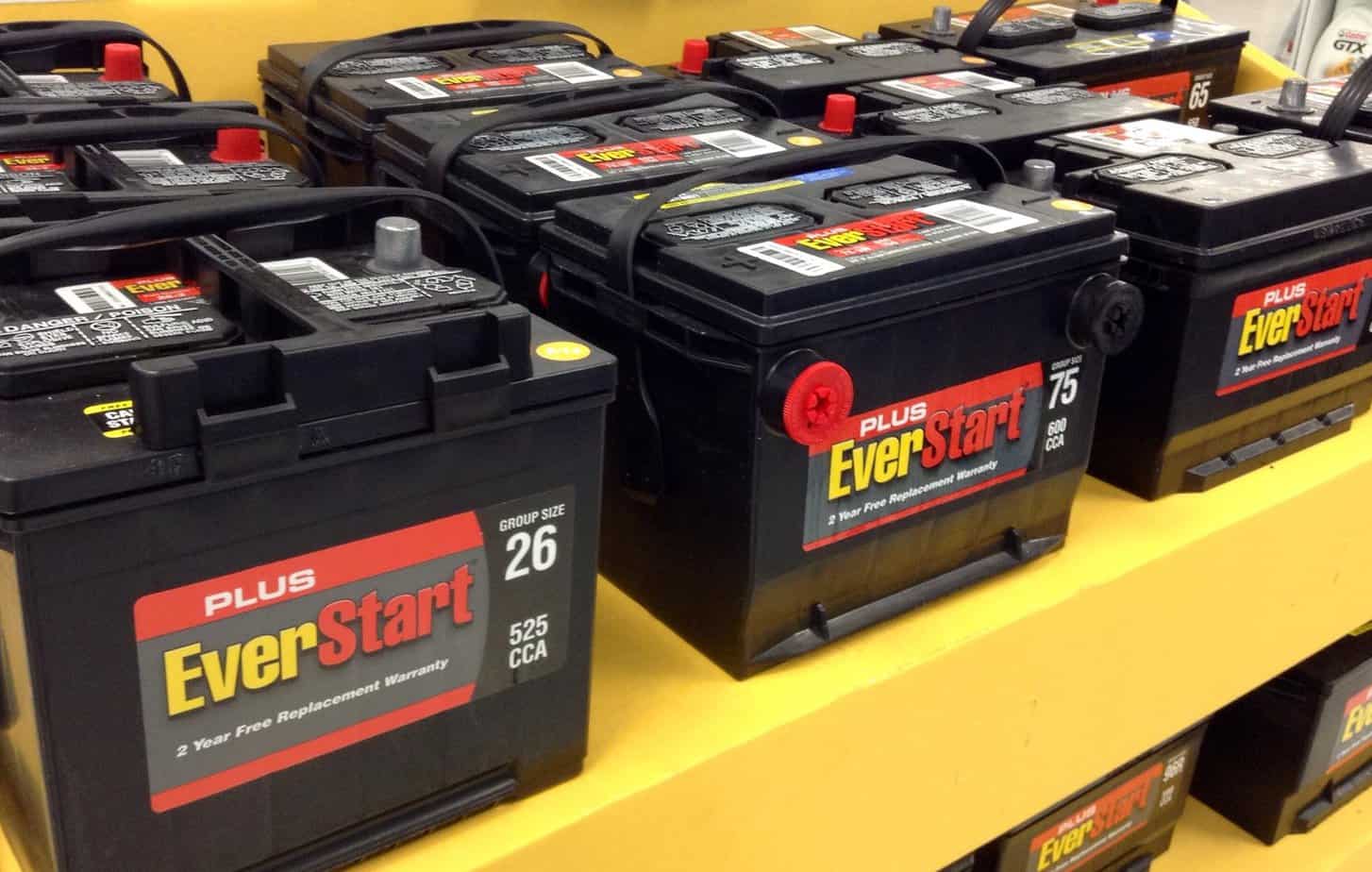 Having a car battery is just like having your power station. They’re essential to be able to start your vehicle and give you the ability to power an electrical device such as a radio and lights.

But why are car batteries so undeniably heavy? Is it because of how long they have to be charged? Hang on, as I will uncover the truth about why these batteries are built in such a massive weight!

Why Are Car Batteries So Heavy?

A car battery often comes to mind when someone mentions lead batteries. To start the engine, they give a brief burst of high power.

Additionally, lead makes up around 60% of the weight of a vehicle-style lead-acid battery with a rating of about 60 Ahm.

While the electrolyte, separators, and case make up the remaining 40%.

Overall, the lead in a car battery is what makes it heavy due to its properties as a very dense and weighty material!

Your car batteries are heavy because of their metal casings. The metal casing is made of steel, which holds up to high temperatures.

In most cases, car batteries are heavier than other types of batteries, which makes them more stable when they’re moved or stored in tight spaces.

That’s true. It’s not only because of the batteries themselves—it’s because of how much energy they need to store.

In that case, the amps of a battery depend on its size and type, although most automotive batteries are between 550 and 1,000 amps.

As well as that, a battery needs this much voltage because it must produce enough current to turn the engine on.

Therefore, car batteries are heavy because of the high amperage needed to power a car!

One of the most vital elements in determining a car battery’s weight is its size.

In other words, a larger battery will weigh more than a smaller one, even if both batteries are the same voltage and amp-hour rating.

Keep in mind that car batteries come in a variety of sizes. Due to space constraints under the hood, engine size, and the number of powered accessories, various vehicles require batteries of multiple dimensions.

Above all, bigger batteries have more lead plates stuffed inside them, which puts more material into the overall weight category!

However, the number of cells in a battery depends on how large it will be and what capacity it is designed to hold.

For example, a 12-volt deep cycle car battery can have anywhere from 2-6 cells depending on the manufacturer and how much power you need.

Generally, you must line up several of these cells to gain greater power. These cells combine their generated power and use it throughout the vehicle, which sums up to a bulky weight! 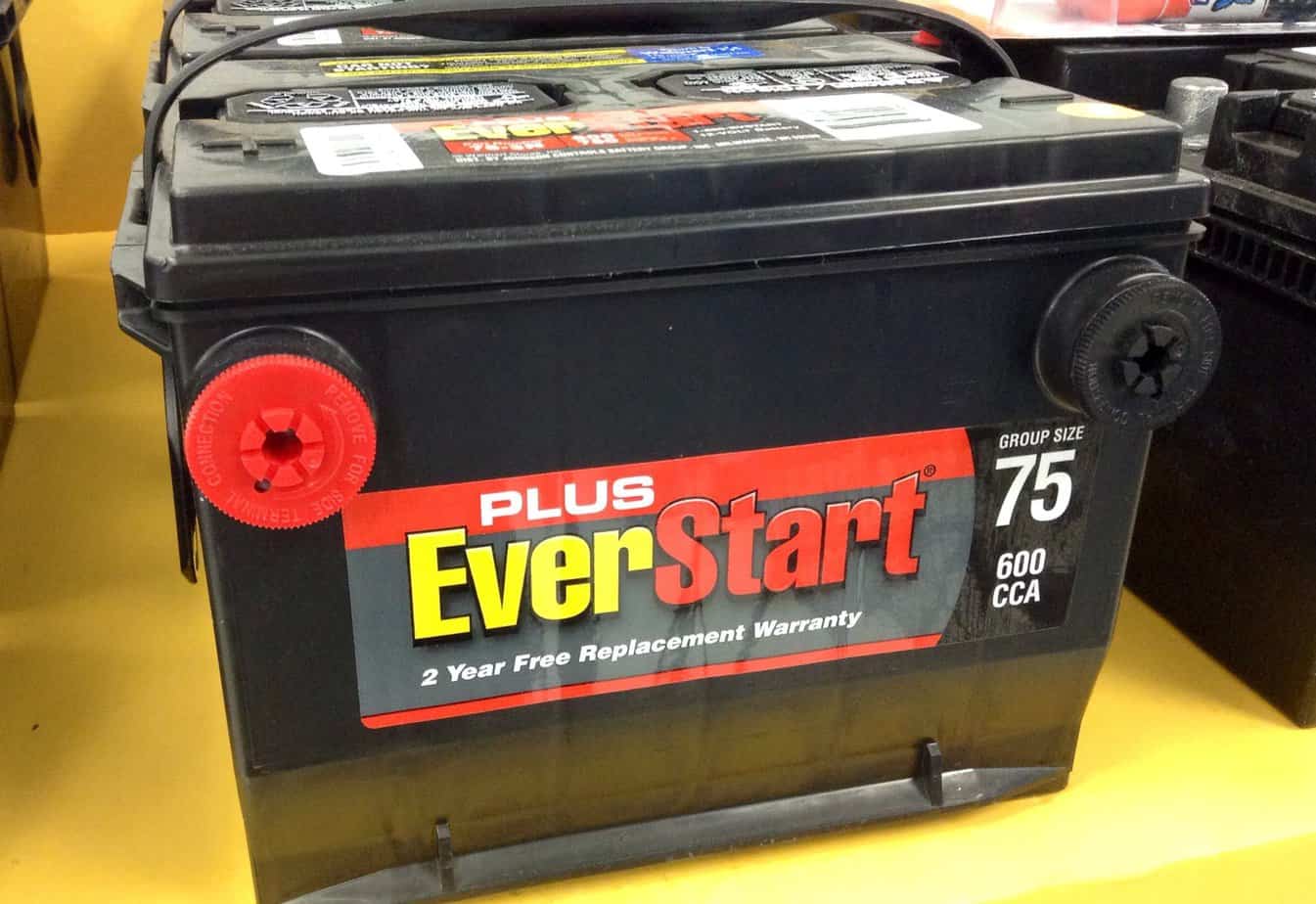 A battery gets heavier as it receives more charge. This is because the more electricity stored in a battery, the greater its potential to be used as a power source.

Therefore, if you have a large battery pack, there will be more charge inside it than if you had only one battery.

Remember that a battery will weigh more when it is ultimately charged!

Configuration build-up is a method for engineers to create batteries with high-performance capabilities because they can increase the battery’s voltage output.

For that reason, the battery needed to be able to withstand high amounts of current, which meant that it had to be made from a strong material.

As a result, it’s one of the most frequent explanations for why vehicle batteries are so hefty because they were purposefully made to be heavy!

Winter is a standard time for auto battery changes since the cold puts a lot of stress on your battery.

Due to this, your car will be dealing with two problems resulting from cold weather conditions: oil/engine problems and power loss with sluggish chemical reactions.

Because of that, suppliers were able to design sturdy batteries to survive this turbulence, which only serves to increase the battery’s strength, size, and weight!

Car batteries are heavy because of the weight of all the components that go into designing, manufacturing, and maintaining them.

When you buy a car, the manufacturer must make sure that the battery will be able to hold enough energy to power it for years.

For that reason, the heavier the battery is, the more efficient it is at storing energy and discharging it when needed!

Car batteries must be engineered to handle the rigors of being put into an engine bay, where they’ll be exposed to extreme temperatures and vibrations.

Read More:  Why Does My Car Go Into Gear But Not Move? (11 Reasons Why)

Additionally, car batteries are made with enhanced technology to be able to be more durable to withstand daily driving.

In this instance, these are over engineering enhancements in utilizing a great deal of additional material and weight of batteries!

Engineers designed car batteries to be kept charged for long periods of time, so they need to be built with a heavier lead than other types of batteries.

Technically, it is advised to drive your car once a week for at least 30 minutes to give your battery the boost it needs to stay fully charged.

By all means, batteries are made to be bigger and heavier to endure simultaneous short and long trips!

To know more, you can also read our posts on why your brakes are locking up, why older cars burn oil, and why your car smells like skunk.

Your car battery is a fundamental component of your vehicle, and it has to be able to hold up for an extended period.

As you can see, the battery appeared to be heavy due to its lead battery composition, metal construction, and high amperage needs.

In the end, car batteries that are bulkier and heavier are

worthwhile. But, rather than focusing on the battery’s weight, think about its power and capabilities!