Rust shows up on both old and newer tire rims, and while rims are painted and finished to avoid rusting, the process isn’t always effective.

Therefore, if you have rust on your rims, perhaps you’re wondering how to remove it. If you’d like to find out, keep reading to see what I gathered on this topic!

How to Get Rust Off Tire Rims?

When removing rust, you first have to wash the rims with hot water and soap and scrub with a brush to remove as much of the rust as possible. If it still sticks around, you’ll likely need to invest in a rust-removing cleaner. However, there are also many DIY options available such as vinegar.

For information on different chemicals to use in removing rust from tire rims, as well as great commercial options for rust remover, keep reading for more useful facts!

Can You Fix a Rusted Rim?

When a tire rim is rusted, that portion of the rim has likely turned into rust. Therefore, if the majority of your rim is covered in rust, then you will likely be unable to save it. However, you may attempt to use a rusty-metal primer to save the metal.

If the wheel is quite rusty, you may be able to use a rusty-metal primer, which will prepare the metal for scrubbing.

However, if the rim is only somewhat rusted, you may be able to scrub it with some hot water and degreasing soap. Once you get all the rust off, be sure to protect the wheel with a shine.

Read More:  What Are Blizzak Tires? (All You Need To Know)

As well, you may need to use brake dust for rust that is tougher to remove. A wire brush is often necessary to remove the rust completely, and afterward you can buff the rim with a microfiber cloth to bring the shine back and remove the last of the rust.

In some cases, you may need an acid-based cleaner, which you can find at most auto shops.

However, you may be able to hire a professional detailing company at this point, since rims that contain an excessive amount of rust are often much more difficult to clean. 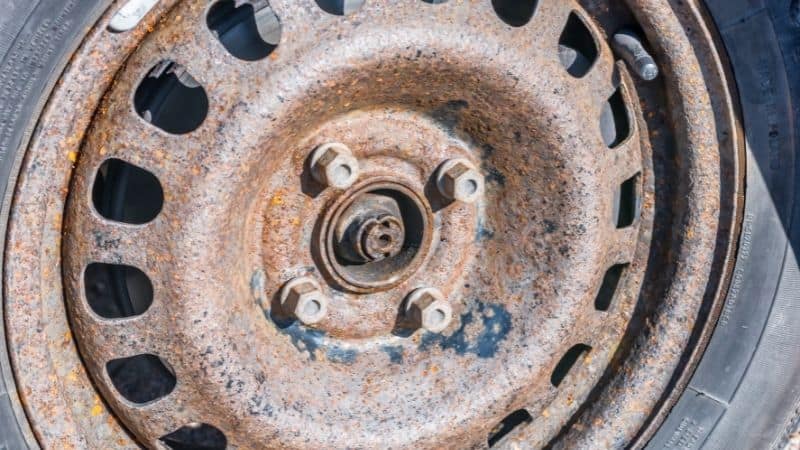 Nevertheless, if you decide to use an acid-based cleaner, be sure to follow the directions carefully, otherwise, the cleaner may not work completely.

For rims that are completely rusted, you may need to use a sandblaster, as the heavy sand will remove the rust without damaging the metal.

In most cases, you can purchase a sandblaster, though they’re generally quite expensive. Instead, you may want to see if you can rent one.

Furthermore, you should plan on refinishing and repainting the rim afterward, as a sandblaster will remove both rust and paint.

Does Vinegar Remove Rust From Rims?

Vinegar removes rust by reacting with the rust and allowing it to dissolve. In fact, vinegar is often just as or more effective than some commercial options.

In order for the vinegar to react with the rust properly, the tire rims will need to soak, meaning you’ll need a large amount of vinegar.

Can Toothpaste Get Rid of Rust From Rims?

On some occasions, toothpaste can remove rust, though it’s not nearly as effective as some other options. Instead, toothpaste is best for removing rust on small items, such as silverware and tools.

If you wanted to use toothpaste on rims, you’d need to invest in a lot of toothpaste, and in many cases, using toothpaste is more expensive than using a commercial product, since you’d need so much of it.

However, if you choose to use toothpaste, the best option is white, non-gel toothpaste.

In many cases, this method works best when you only have a small spot of rust you need to remove, because if you apply rust to the whole rim, the process will likely be quite slow.

Does WD 40 Remove Rust From Rims?

According to most reports by previous customers, this product is very effective, meaning it’s a solid option if you want to remove rust from your rims.

Does Hydrogen Peroxide Get Rid of Rust From Rims? 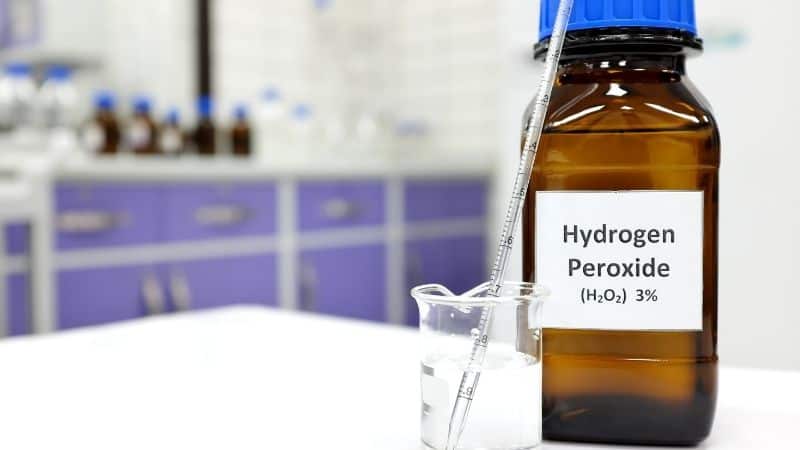 In many cases, hydrogen peroxide can actually speed up the rusting process. Therefore, it isn’t the best option for rusty rims. However, you can sometimes utilize hydrogen peroxide to remove rust if you follow some careful steps:

Note that while the above method does work, it only works on moderately rusty items, and can only remove light rust and rust stains in most cases.

Read More:  How To Soften Tires? (All You Need To Know)

To know more about cleaning tires, you can also see our posts on homemade tire shine, how to clean whitewall tires, and how to soften tires.

While you can remove rust from most rims, the extent of the rusting is critical. If there is only one spot of rust, removing it is relatively simple, but if the majority of your rim is covered in rust, the process is more complicated.