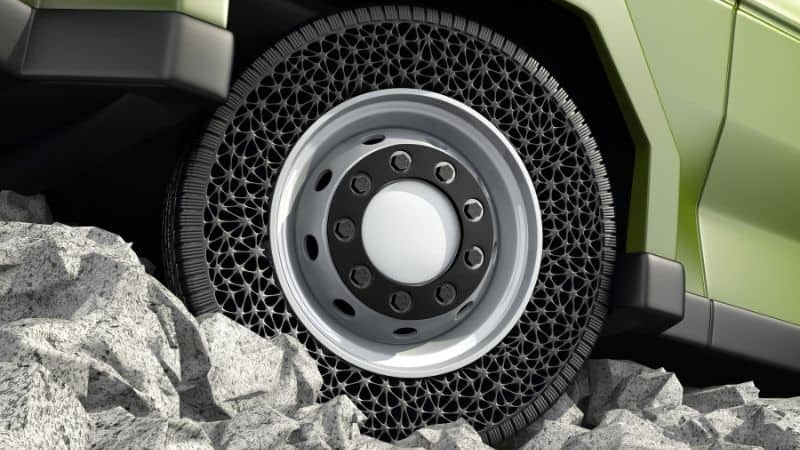 Tire manufacturers are constantly developing and incorporating new technologies on their brands to improve performance and safety. One such innovation is airless tires, which are designed to prevent flats like traditional radial tires.

But exactly how long do airless tires last? If you’d like to find out, keep reading this article to see what I learned on this topic!

How Long Do Airless Tires Last?

Airless tires last about three times longer than conventional tires, since they don’t flatten out. Like the standard passenger and light truck tires, manufacturers also recommend that you should replace them if their performance changes. However, drivers should inspect their tires after five years. On average, the lifespan varies depending on a variety of factors.

To learn more about airless tires, how long they last, their advantages and disadvantages compared to conventional tires, and whether they’re durable, keep on reading!

What Are Airless Tires?

Airless tires have been in the industry for decades. Also known as non-pneumatic tires, they are commonly used on low-speed applications such as lawnmowers, golf carts, and forklifts.

Compared to traditional tires, airless tires have a unique spoke structure and aren’t supported by air pressure. Therefore, you don’t have to worry about leaking tire pressure or refilling your tires.

These types of tires are not new in the industry, as Michelin started developing the first concept of airless car tires in the 1800s. However, the technology didn’t become popular during those years.

Due to tire pressure issues, some drivers ask about when airless tires will become available for every car. However, in 2005, the company introduced the tweel, named after tire and wheel, airless alternatives that don’t use the traditional wheel hub assembly.

By 2024, Michelin and GM are set to introduce a new airless tire for vehicles known as Uptis (Unique Puncture-Proof Tire System). This tire has an aluminum wheel assembly surrounded by 3D printed spokes made of embedded fiberglass, rubber, and resin.

How Long Will Airless Tires Last?

While there’s no definite way to know how long tires will last, airless tires are designed to last three times more than conventional tires.

According to people who use tweels on their tractors and lawnmowers, these tires are advantageous and last longer because you don’t lose on downtime due to tire pressure issues.

While traditional tires need to be replaced every ten years, the same doesn’t apply to airless tires.

Manufacturers such as Michelin don’t give the ten-year service recommendation for tweel products, because the materials used to make these tires are different from those used in pneumatic tires.

However, the tires should be closely monitored in case the performance or physical appearance changes. Once you notice any changes or extensive damage, you should consult your dealer.

Are Airless Tires Worth It?

As tire manufacturers focus on new technologies and developments such as airless tires, will these tires replace conventional tires? If you switch to these tires, are they worth it? Here are some of the benefits you should expect:

No Flats Or Blowouts

One of the main advantages of airless tires is that they don’t have pressure issues. Drivers don’t need to inflate these tires, so there’s no risk of flats or blowouts, reducing the risk of accidents overall.

Uptis tires will be good for the environment because they’re made of sustainable materials which have reduced CO2 emissions. A reduced carbon footprint is ideal, especially in today’s environmentally-focused initiatives.

Since these tires don’t need any air pressure, you don’t need to keep checking your pounds per square inch (PSI). Additionally, you don’t have to take your car to the mechanic for regular pressure checks, saving you money and time.

Unlike conventional tires, airless tires last three times longer because they don’t have pressure issues. Overinflation, underinflation, and wear and tear are common problems in tires. However, puncture-proof technology eliminates such issues.

No Need For Spares 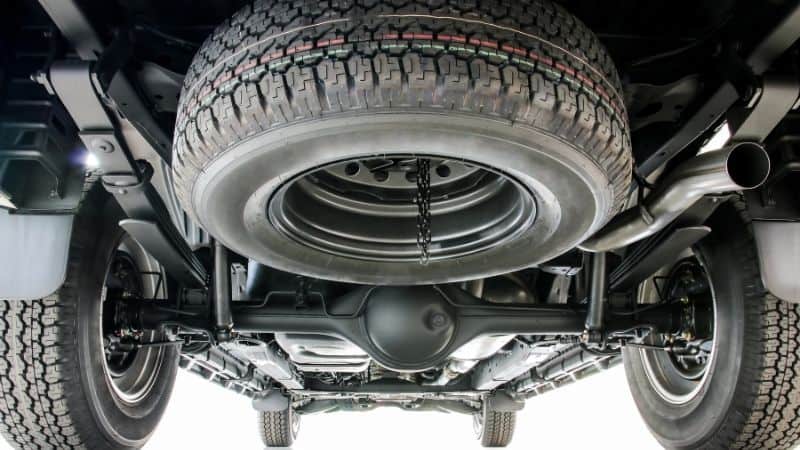 You don’t need to make any roadside changes with these tires, even when you run over debris or a nail. These tires don’t blow out or puncture, meaning you won’t need to replace them.

According to the U.S. Tire Manufacturers Association, the country generated about 304 million scrap tires in 2019 (most of these are disposed of due to tire pressure issues and punctures that can’t be repaired).

Airless tires are more sustainable than conventional ones because they reduce the number of tires disposed before the end of their lifecycle. Since the tires don’t get flats, there are fewer scrap materials.

Although these tires have some benefits, they also have some disadvantages compared to pneumatic tires, some of which are listed below:

While they’re called airless, these tires are still heavier than the conventional tires because the spokes are filled with compressed plastic and rubber material for their functionality.

These materials make the tires heavier, which in turn affects your fuel economy because your car will need more power to move.

Tire pressure keeps your tires inflated and helps absorb impact from a bump or pothole due to the suspension capabilities.

With the airless tires, there’s no air hence the suspension will be lower, leading to a rougher ride.

Airless tires have been used in low-speed situations because they trap heat. Since they don’t have air, there’s no way for the heat to disperse, so the friction from the road contact increases the chances of overheating damage and tire failure.

When this happens, your tire could be permanently damaged, or you could get into an accident.

Conventional tires are filled to the correct PSI, meaning the surface area is reduced, which results in a more stable, comfortable ride.

However, with airless tires, the car has issues with the suspension, and you can feel the impact from potholes and bumps, which makes your rides uncomfortable and noisier.

For instance, the tweels have had issues with noise when driven at high speeds. Since the tires are made the same way, they might also be noisier than conventional tires.

Unlike conventional tires that can be repaired after a flat or a puncture, these airless tires can get irreversible damage.

Because of their raw materials, these tires can get torn or cut, and when this happens, they become unusable. Therefore, standard tires have an advantage because they can be repaired if the damage is not too extensive.

Are Airless Tires Good In Snow?

Airless tires can be used on snow. However, they have issues because mud, snow, or sand can clog up the spokes and affect the tire’s balance.

Overall, when debris gets stuck on the tire, this could affect the performance of the tires on snow.

Are Airless Tires Good On Off-Road?

Airless tires will benefit you if you’re driving on off-road conditions or on a road full of obstacles.

However, be careful not to go over the recommended manufacturer’s speeds because this affects the handling, making it unsafe.

How Much Do Airless Tires Cost?

Airless tires (like tweels) cost approximately $750 per tire, which is quite expensive. Based on this, the Uptis tires meant to be launched by 2024 might be more costly due to the benefits associated with these tires.

Other tire manufacturers such as Bridgestone have also ventured into the airless tires market, but tire prices are still considerably high since there are no existing airless tire brands in the mass market for vehicles.

Additionally, since car owners won’t need to buy a spare tire, manufacturers have factored in the costs in the final tire price.

If you are looking to learn more, you can also see our posts on what are bias tires, what are tire plies, and what are all-season tires.

Airless tires are designed not to get punctures, meaning they can last longer than conventional tires. On average, these tires can last about three times more than the standard tires. However, as a car owner, you need to constantly check them for any damages.

Airless tires are made from a different type of material than standard tires, which is more durable and environmentally conscious. However, because of these benefits, they tend to be more expensive.