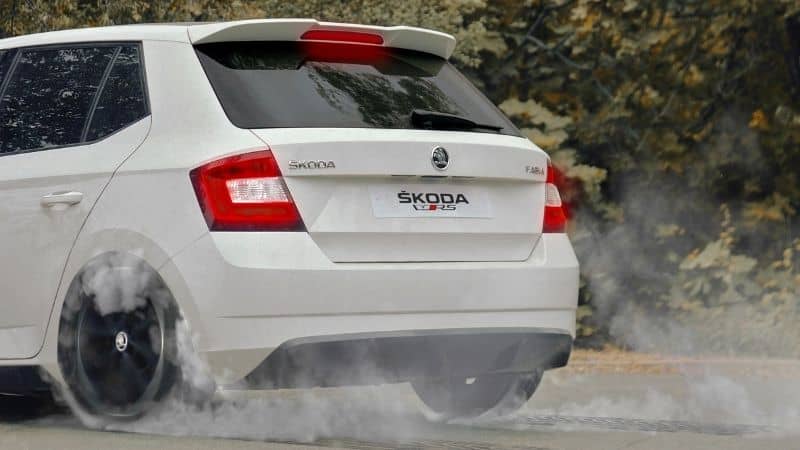 Drag races, unlike other racing sports that have long courses, are held on short, straight tracks that are usually a quarter of a mile long where burnouts are necessary as a means of ensuring the car gets good traction and a quick start.

Outside of these events, though, regular drivers might be wondering whether or not burnouts will ruin their tires. I did some digging and here is what I discovered!

Doing burnouts on normal tires can ruin them very quickly because they aren’t meant to be used in this way. They cause the tires to shred, overheat, and eventually blow out if you do repeated or lengthy burnouts. Burnouts also place a lot of strain on your car’s internal components such as the engine and drivetrain.

Keep on reading to learn more about burnouts and the common mistakes you have to avoid if you feel you have to do them, including which tires to use, where to do them, and how to do them on an automatic transmission.

Should You Do A Burnout On Street Tires?

When you do a burnout on street tires, you’ll lose some rubber and end up damaging your tires because they aren’t made to handle those kinds of conditions.

However, when it comes to race or performance racing tires, doing burnouts is necessary as it warms the tires up for the race.

Warmer tires are softer than cold tires, resulting in better grip and friction where they make contact with the asphalt.

More grip can give you a competitive edge in a race – less friction makes it easier for the driver to lose control.

Can Burnouts Damage Your Car? 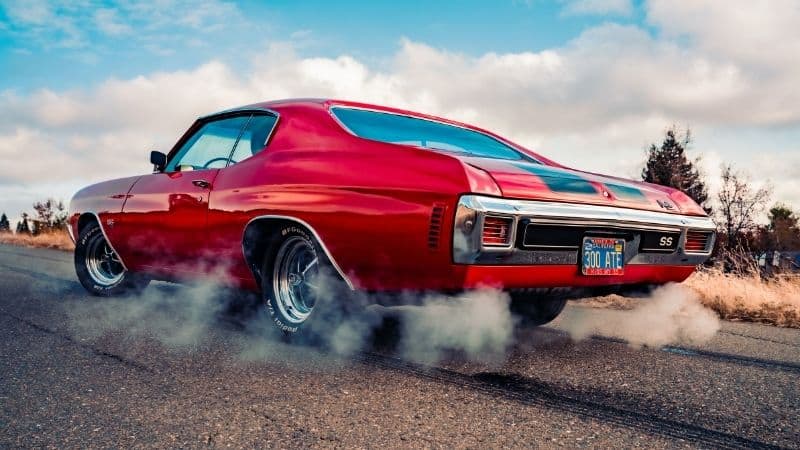 If burnouts are done for an extended period of time, your car may overheat from the strain exerted on the gearbox and clutch.

Additionally, if you have an automatic and you keep your foot on the brake for an extended period of time, the brake will wear out.

In a standard transmission, they place stress on the clutch, throwout bearing, and shift mechanism.

Your suspension system – including shock absorbers, springs, and torsion bars – is also put under a lot of strain.

Any damage resulting from these activities is also affected by your car’s age, resulting in costly repairs.

You could get away with burnouts if you do them the right way, but be aware of the repercussions, including 20,000 miles (about 32,000 km) less on the overall lifespan of tires for every twenty seconds of tire burning.

How Much Burnout Can A Tire Take?

During burnouts, the friction of the rubber against the road surface causes very high temperatures that can reach as high as 400°F (about 204°C), depending on the length and intensity of the burnout.

When factoring this in, tires can last only a few minutes if you are doing one consistent burnout.

However, you should be very cautious if you have a very expensive set of tires or you do not want to cause damage to your rims, as they’re next in line when the rubber wears enough.

Try to avoid doing burnouts on a regular setup unless you’re planning on a major overhaul of the vehicle’s major components.

Can You Do A Burnout In AWD? 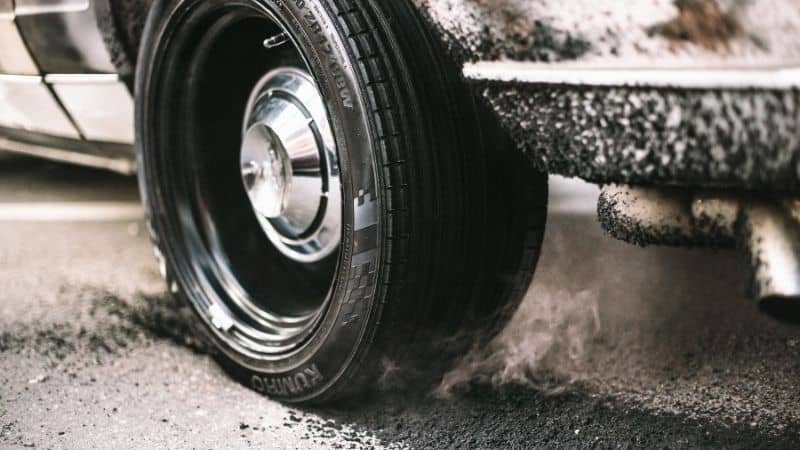 To break all four tires loose at the same time, far more powerful engines are required, and the tires will spin for only a brief period until all four find traction.

In order to pull off burnouts, AWD automobiles must be extremely powerful, and even then, a stationary burnout is nearly impossible.

Trying to perform a burnout with all-wheel drive will only result in serious damage to your drivetrain.

Either way, this will be hard to perform with an automatic vehicle because you don’t get the “hit” of a clutch.

Can You Do A Burnout In An Automatic Car?

As stated above, it is possible to do burnouts with an automatic transmission, but it’s considerably more difficult as you don’t have the clutch in that setup.

How Do You Do A Burnout In An Automatic Car?

In an automatic vehicle, you’d have to somewhat lubricate the pavement at the point of contact with your drive wheels with water or oil if you’re working with low horsepower to lower traction.

This would then be complemented by turning off traction control if your vehicle has that feature.

You should pull the emergency brake depending on your drive wheels so the front wheels are stationary but the rear wheels aren’t.

For instance, if you have a front-wheel drive, pull the emergency brake and vice versa.

To begin, hit the brake pedal, shift into drive, then hit the gas simultaneously.

Why Is Burnout Smoke White? 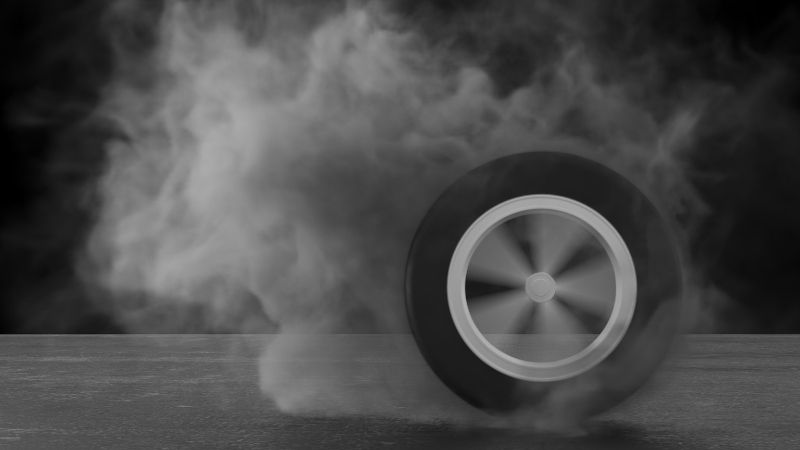 When performing a burnout or drifting, you aren’t producing actual smoke but steam.

During a burnout, the rubber is superheated, melting the tread and vaporizing the chemicals and oils inside, and releasing them into the air.

Read More:  How Long Do Airless Tires Last? (All You Need To Know)

The vaporized molecules cool fast and condense in the air, resulting in the apparent white ‘smoke’ that you see – but it’s more like steam than smoke.

Any tire smoke you see is actually billions upon billions of vaporized molecules from the tire’s rubber, oil, and chemical components.

Is It Illegal To Do A Burnout?

Just like all street racing activities, performing burnouts is illegal because of the dangers they pose to property, motorists, and pedestrians.

However, some jurisdictions allow them with regulations, such as California where they’re permitted on your private property if it’s not within city limits and you’re not disturbing the peace.

To learn more about tires, you can also see our posts on blown-out tires, why do tires dry rot, and how tires are recycled.

Burnouts present an interesting opportunity for thrill-seekers but most consumer vehicles are not equipped to handle the strain that results from the activity.

They cause damage to vehicles’ major components, including tires, gearboxes, transmission, and more.

It’s possible to do burnouts in a car with automatic transmission, but it takes more effort and precision than manual ones.

In most places, they’re largely illegal so it’s recommended that you look into your local laws regarding burnouts before engaging.